The fairgrounds are at 88 Fair Drive in Costa Mesa. For more information, visit http://www.ocfair.com/ or follow the fair on Twitter: twitter.com/ocfair. The Heroes Get in Free promotion offers free admission to all active military each day of the fair. The OC Fair Super Pass returns with daily access for all 23 days and express-lane entry for all gates, as well as many other benefits including 20 percent off reserved seating at the Action Sports Arena and The Hangar, and 2-for-1 offers for select Pacific Amphitheatre concerts.  The fair will pick up the service fees when you purchase single-day admission tickets through Ticketmaster using the TicketFast (print-at-home) option. Every Friday, guests 60 years and older receive discounted $5 admission in addition to free ferris wheel and merry-go-round rides. The carnival offers a $25 all-you-can-ride wristband and $1 games on Wednesdays and Thursdays. On Fridays, rides and games are $1 each until 7 p.m. A Fast Pass offers f
Read more

Hollywood Forever cemetery: 6000 Santa Monica Boulevard at Gower [map]   Directed by George Roy Hill (1973 129 mins) Gates open at 7:00 pm Movie starts 8:30 pm No reservation necessary | $10 donation tickets available at gate As a courtesy to other moviegoers: NO TALL CHAIRS!! Paul Newman and Robert Redford are on the grift in this bright and entertaining comedy. In 1930s Chicago, a young con man seeking revenge for his murdered partner teams up with a master of the big con to try to win a fortune from a criminal banker. The dream team of the stars and director of Butch Cassidy reassembled to make this cinematic jewel. Jam packed with plot twists, trickery and fleecing, The Sting is the winner of 7 academy awards. DJs Hair and Carlos Nino spin before and after the movie. http://tinyurl.com/258jtkh Pls RT!
Read more

Big Bad Voodoo Daddy   August 14, 2010 Time(s): 8:00 p.m. Location: Balloon Park | Map and Directions Free Admission, Parking $10 Last summer “America’s favorite little big band” delivered the most well-attended and rapturously received show of the Great Park’s concert season. That’s pretty much standard operating procedure for the swinging septet. Whether playing Council Bluffs, Iowa or Disney Hall on New Year’s Eve, the Los Angeles-based, globe-spanning Big Bad Voodoo Daddy puts its all into its high-energy, horn-driven music. Their wowed audiences have included a Super Bowl halftime crowd, anyone who has seen the movie Swingers, and three US presidents. But those who attended last year’s Great Park show will tell you the BBVD is best enjoyed under the stars on a beautiful Southern California night. Swing music was about as popular as braces when singer/guitarist Scotty Morris and drummer Kurt Sodergren formed Big Bad Voodoo Daddy in 1993. The band’s youthful approach to the
Read more 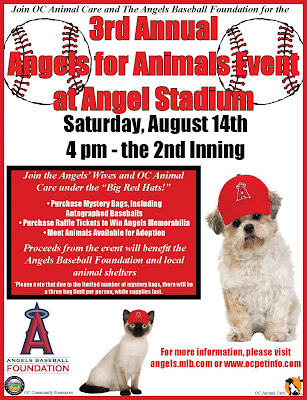 Sponsored By: The Angels Baseball Foundation and the OC Animal Care Purchase "Mystery bags" which may include autographed baseballs! Raffle tickets and other items available, with proceeds going to the local animal shelters. For more information, pleae visit our website at http://www.ocpetinfo.com/ or call (714) 935-6848
Read more

Save 80% on Restaurants.com gift certificates! Get 80% off Restaurant.com Gift Certificates! Simply use promo code BIG Click here for the link Take advantage of this offer.  I got a $50 gift certificate to a popular OC restaurant for just $4.  I have to order at least 2 entree's (which are normally $10-$15), and the $50 will cover my 2 entrees, dessert and drinks! Of course, tip will be extra.
Read more

Have DINNER WITH DAVE at 10 pm (Live music AND get a Free dinner!)

Dinner with Dave is a 100% free event with a complimentary light dinner at Memphis at the Santora in the Santa Ana Art District AND live music. The event kicks off with a DJ at 9 PM, then the live band and dinner start at 10 PM. It is a bit of a late start, but it's F-R-E-E. With that said, arrive early and enjoy a drink at their bar (optional). This is a great group date idea for 21+ The single-course dinner is served buffet style and according to many Yelp reviewers, Memphis at the Santora is yum! Parking is free here, either on the street or at a parking lot a block away. Wow...Free food, no cover AND free parking! What a deal! So mark your calendar for every 2nd and 4th Wednesday of the month (yes, it's bi-monthly!!).
Read more 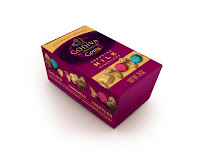 What's better than chocolate? FREE chocolate! Now, for a limited time, show your NOOK at your local B&N’s café and get a free 3-piece Box of Godiva chocolate “Gems.” (If your B&N doesn’t have a café, you can redeem at the checkout area.) Hurry, while supplies last! Enjoy!
Read more 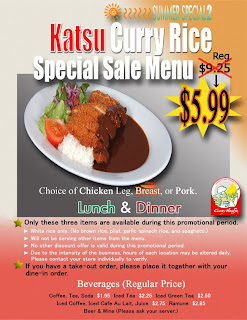 We won't be serving anything else from the menu during these three days. We apologize for not taking reservations for these days due to the nature of the event. You do not need an invitation or a coupon. Just come on by. Click here for the flyer Due to the high intensity of customer traffic, we strongly recommend: That you come in on earlier days, Tuesday or Wednesday, to fully enjoy the event as it gets real crazy toward the last day, Thursday; That you call in for take-out orders at least an hour ahead of time (many have even called in the day before in the past!); And that if you dine in, check with your Curry House location on its altered operation hours daily and try to be there early. We hope we'll see you at your local Curry House restaurant during this special event.
Read more 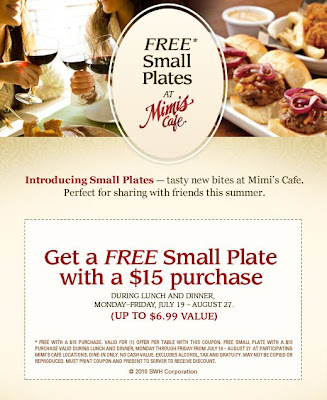 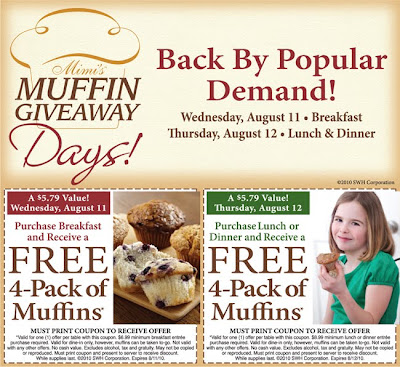 MUST print coupon to get the free offer!
Read more

Save $5 off a 1-day pass. Regular price is $37. Click here for the printable coupon. Parents! Visit a Mimi's Cafe before August 31 and get a voucher for 50% off a child's one day pass with a purchase of an adult.  Click here for more information . http://tinyurl.com/258jtkh Pls RT!
Read more
More posts